If you are looking for a tour with excitement, you need to look no further than Time and Tide Tours. Every tour we do is fun and informative truly an Eco Adventure! We blend the natural aw inspiring beauty of pure nature with boat loads of fun you can have while exploring with us.Our crew’s local knowledge and contagiously fun personalities will shine through on every trip! We are the only tour boat in Port Canaveral certified to go into the Ocean. This means that we get to show you 3 Eco Systems, increasing the amount of wild life and sights you get the see! We are also the only boat in our area with an on-board aquarium! We keep it stocked with interesting local wildlife for you to learn about. Our adventures are fun for all ages! We especially love teaching kids about nature and wildlife. Each kid will get a free Kids Adventure Book!

You are on a tour to see raw nature and lets face the fact that wildlife is … well… its WILD and unpredictable. Our tours look for the the big 3 – dolphins, manatees, and sea turtles – as well as many other fun and fascinating creatures. We have the only tour boats in Port Canaveral that can safely go into the ocean in addition to the Port and Banana River Lagoon. In addition, we always see a wide variety of birds. We usually see different types of rays, fish, jellyfish and crabs as well. When we are really lucky, we see whales, sharks, rare birds, rare leather back turtles, and huge manta rays. 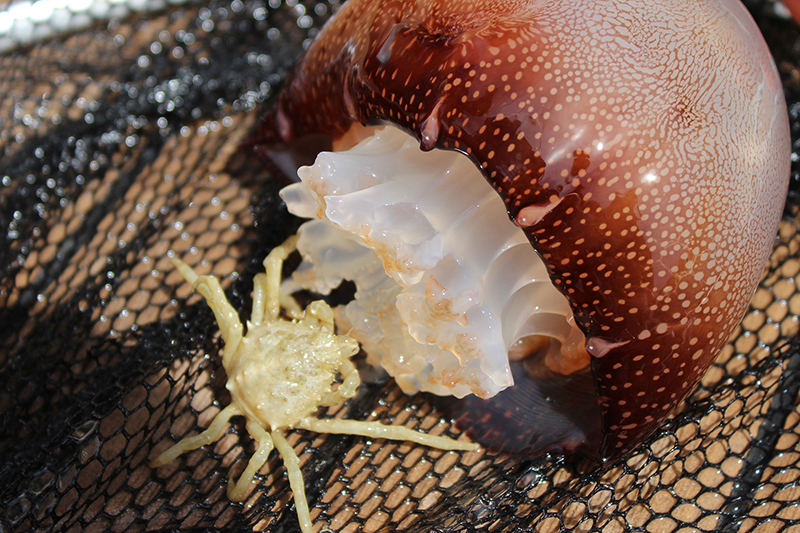 Learn History and See the Sights!

In addition to the wildlife, we have some pretty spectacular views. The tour will take you along the untouched shores of Kennedy Space Center and Cape Canaveral Air Force Station. You will see launch pads, NASA’s VAB building, and a historical lighthouse.

In Port Canaveral you can see some of the largest Cruise Ships in the World. As we pass the Trident Submarine Base, you may get to wave at our Military as they come in to re-supply. We also frequently see Navy and Coast Guard boats coming in and out of the Port.

In the Banana River Lagoon, you will see another unique look at NASA as we approach the edge of the pristine No-Motorized Zone. To get there, we will travel through our very cool locks system that controls the water flow through Port Canaveral, making our Port the safest Port on the East Coast.